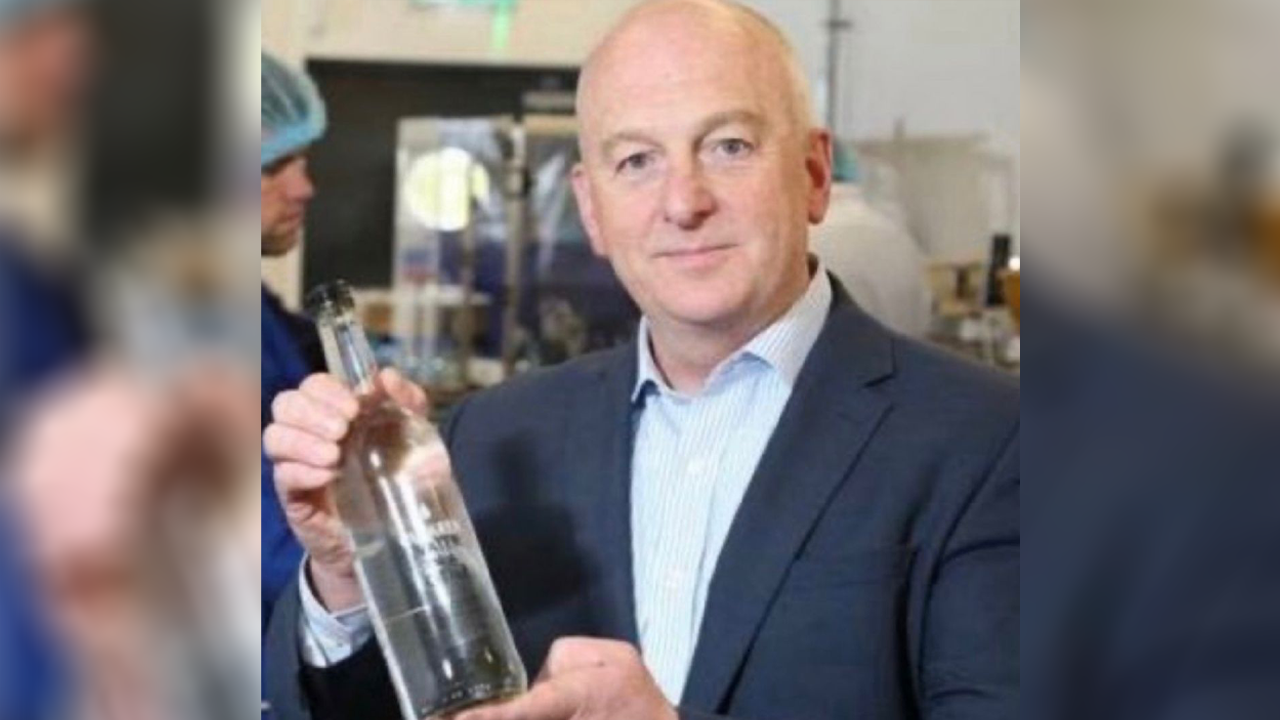 David Hunter has been named as the new MD of Larne based Clearer Water and will take up the post on September 1.

He said it was “an absolute privilege” for him to be asked to lead the Clearer Water team once more.

Mr Hunter said: “Most people will know that I have been involved with the brand since its inception in 2014.

“The best part of being involved was undoubtedly the creation of jobs which was achieved during my tenure as Chief Executive Officer of Access Employment Limited. This focus on creating and maintaining meaningful employment for people with additional needs is still very much at the heart of everything that Clearer represents.

“I still vividly remember interviewing people for the jobs at Clearer Water and the absolute thrill of telling people they’d been successful in gaining employment. For most of the employees, at that time, Clearer represented their very first opportunity of paid employment.”

During the recent pandemic Clearer Water, like many, suffered enormously as a direct result of the lockdown within the hospitality sector.

The vast majority of Clearers customers were cafes, restaurants and hotels. As they were forced to close their doors, sales didn’t so much dip but more so, fell off the edge of a cliff. At that stage hard won jobs, which were of the highest value and importance, were under threat and so a solution was needed.

That solution came in the form of two investors, Ross Lazaroo-Hood and Sitki Gelman who acquired Clearer Water in a March this year.

Both had already ‘socially invested in the area through their sponsorship of Larne FC (as Official Principal Sponsor Landmark).

Ross is originally from the town, born and bred but both currently reside in London.

After discussion with Ross and Sitki it was agreed that a new company, Soileir Limited, would be formed in order firstly, to sustain and secure existing jobs but also to build the brand and business profile so that more jobs could be created.

The new owners are 100 per cent committed to maintaining and growing the mixed ability workforce at Clearer Water.

Mr Hunter said: “I am very much looking forward to taking up the post on the 1st September, 2022. There are some really exciting plans being developed and I really relish the opportunity to work with such an innovative and socially responsible company.

“I predict 2023 will be a ‘big year’ for everyone involved at Clearer Water.”

In a joint statement, Ross Lazaroo-Hood and Sitki Gelmen, Co-Owners and Co-Chairmen of Clearer Water, said: “Clearer Water has recently been awarded Number 3 Ethical Brand in their industry for the whole U.K. and Ireland by the The Good Shopping Guide. David Hunter is a recognised and awarded Social Impact Leader and we are delighted that he will manage Clearer Water’s ongoing growth and expansion. David is passionate about job creation for those who need it most and the Clearer Water team are very lucky to have a leader who has helped shape the ethos and values of the company from the outset.

“We agree whole heartily with David’s comments, 2023 is going to be another exciting year for Clearer Water with ‘big plans’ instore and we have every faith it will be very successful one under David Hunter’s leadership and we are looking forward to be working with him on the overall strategy.”